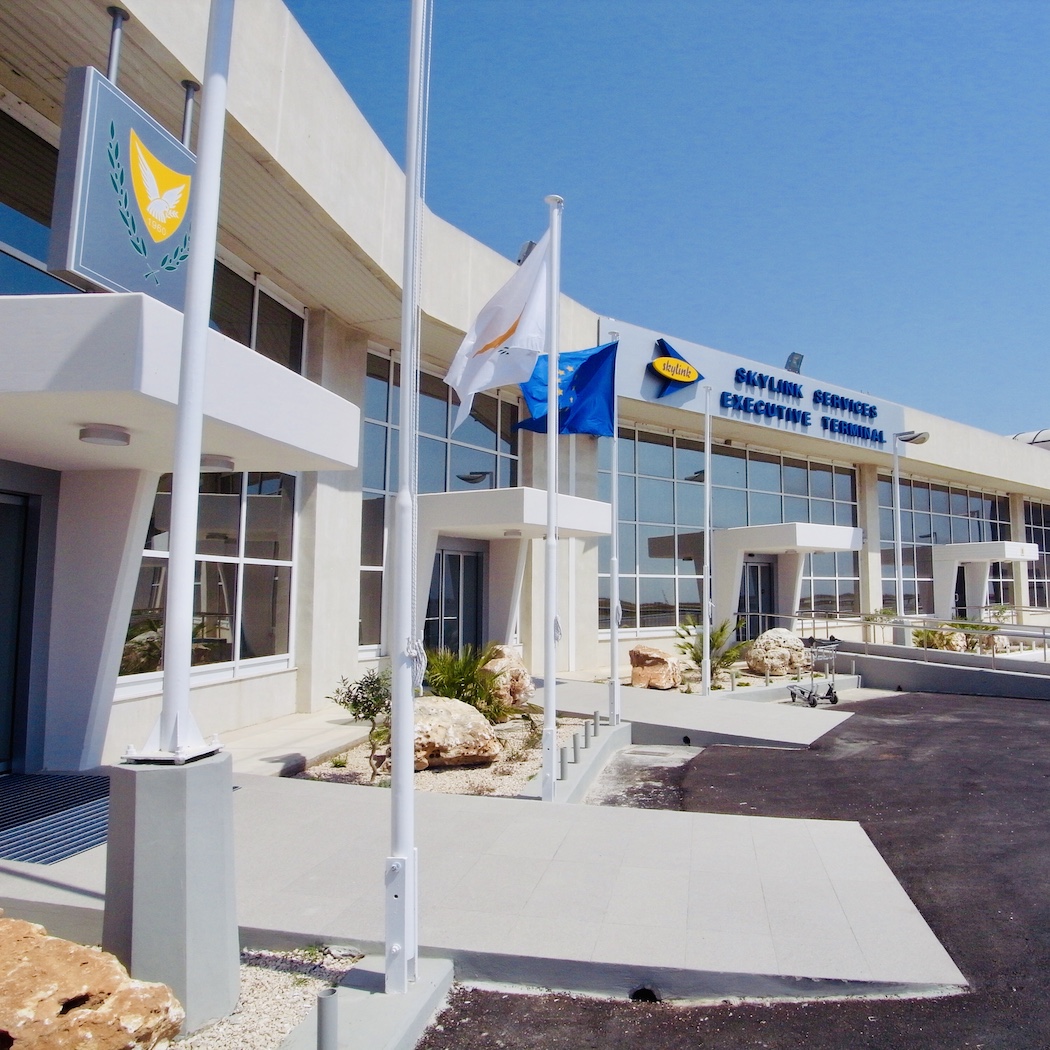 The Skylink Terminal was designed based on a brief that required the following:

The Proposed Design Brief dictated that Heads of State become smaller and was to be upgraded. During larger events and specifically the 2012 EU Cyprus Presidency, the Skylink Services & Heads of State would merge when necessary to create one space with connecting portals. The old Gates 8 & 9 bordering the previous Heads of State was sealed off and that is where the arrivals fuselage tunnel sits in the Skylink Terminal today. The Skylink Services Terminal consists of the Main Entrance/Reception Area/Staff Room/Customs & Immigration for Arrivals/Security Control Point for Departures/Press Room for Journalists covering Official Visits/Catering Area/Kitchen Area/Crew Rest Area/WC’s & Lounge Areas.

This was mostly an Interior Design Project that had a limited time to completion due to the Catholic Church’s Pope Benedict XVII Official Visit to Cyprus that was on the 4th of June 2010, who also happened to be the 1st Official Guest for Skylink Services.

The difficulties on this Project started with a lack of the existing situation drawings. This meant that in some areas we would have to carefully demolish walls. This caused problems with the initial survey of the available space, as well as quantity surveying for estimating the final cost of works to be done & basically working with the unknown in a time constrained environment.

Ai Architects proposed a fuselage look with the arrivals tunnel being approximately 25m long and then the feeling of space opening up once you enter the lounge. The internal border between the Lounge and Heads of State Areas had connecting doors that could be opened when necessary to create a single space.

The Parking Area has the necessary Guest & Staff Parking Bays as well as a drop-off/pick-up zone at the Main Entrance of the Terminal.

External upgrades were very limited apart from centralising the entrance on the Landside façade so as to be aesthetically uniform. Perforated powder coated steel meshing at a slight angle separates the connection of this part of the building visually from the rest of the old Airport. Internally only the high ceilings stayed, everything else was upgraded.

This website uses Google Analytics to collect anonymous information such as the number of visitors to the site, and the most popular pages.

Please enable Strictly Necessary Cookies first so that we can save your preferences!