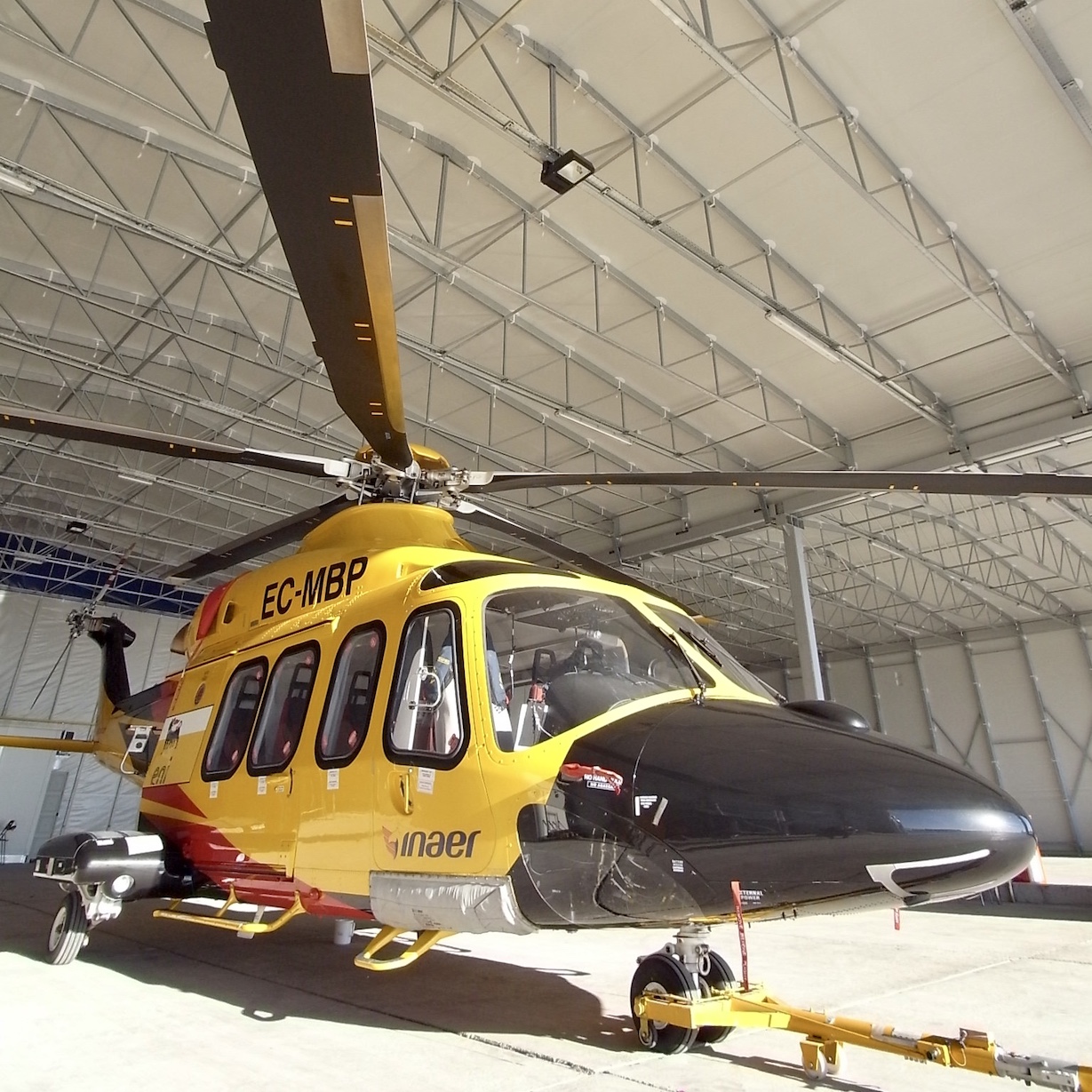 Ai Architects managed the Team of Consultants and the Site during the Design & Construction Phase.

The Location of the Inaer Hangars at the LCA Int. Airport is on an existing part of the Airport PQC slabs, so no extra foundation work was necessary. The Structure of the Hangar is considered a temporary light steel frame that can be erected in minimal time. Each truss like module can be rolled into position on a rail system and locked into place with specialised cross bracings. The external envelope of the hangar is a specialised weather proof pvc system. Due to the stormy wind-gusts recorded over previous years on location, the Team proposed that a strengthening be incorporated to the existing temporary structure, especially since the pvc envelope created large surfaces that acted as sails and could compromise the overall structure but most importantly risk staff safety and damage to the Helicopters.

During the winter season, upon completion of the hangars and handover for operation, there were two separate incidents that caused concern due to the minor failure of the hangar during storms that winds reached gusts of between 90 – 130km/h. This cemented the correct decision in strengthening the structure, thus safeguarding the safety of staff and Helicopters. The hangar was strengthened enough to fail at the specified maximum wind gusts if the wind reached those speeds. The maximum recorded wind gusts on the day of the hangar failure were reported to be higher than the previous record that was used as the basis for the strengthening design. The damage to the hangar was minimal and made good so that operations could continue unhindered.