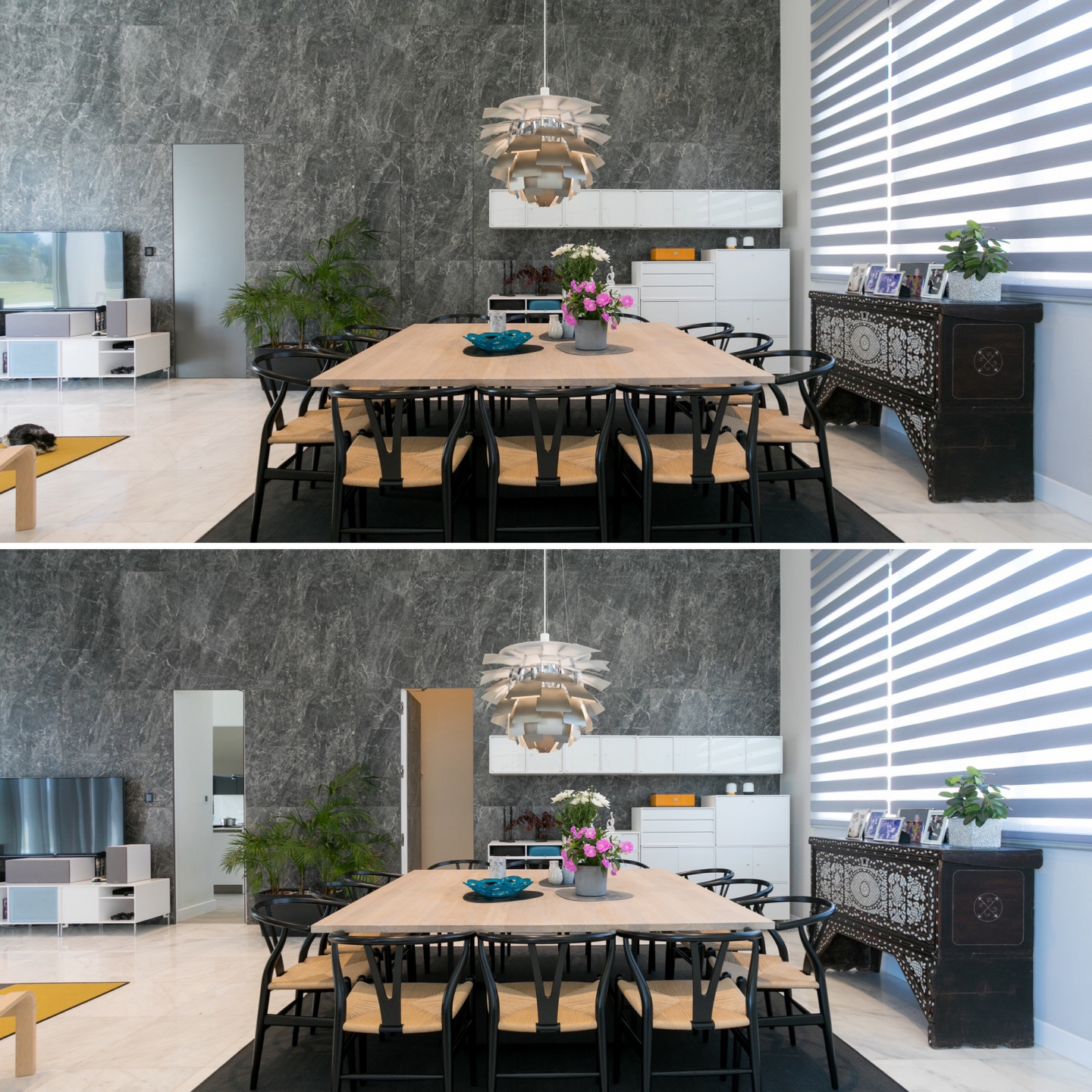 Casa di Caso is a Private Residence that was purchased semi-completed by our Clients. Ai Architects were hired to bring the build to completion, including External Additions and Interior Design.

The openings internally were already in place, as the walls were mostly finished, so this forced us to propose a customised solution for the internal doors. The height of most openings is 2.40m and the wall thickness ranges from 0.15 to 0.30m. Ai Architects proposed a 65mm leaf to be exactly the same as the door frame, to achieve a seamless single thickness flush system that can work with any of the openings. Due to minor irregularities at the wall openings, we proposed a perimetrical dark grey shadow gap to make the wall to door frame connections disappear.

In the Living Area there is a large themed wall clad in a marble tile that separates the Kitchen & Guest WC from view by two camouflaged openings, incorporated as the transit points between these spaces. The Kitchen door has a matt metallic glass finish that contrasts well with the tile clad wall and the Guest WC door is barely visible apart from the 3mm slit for the opening and is clad with the same finish as the wall.